Silicone vs. Real Boobs. What do you prefer?

My Blog
Silicone vs. Real Boobs. What do you prefer?

This debate has always been a great deal of interest ever since silicone boobs started to appear. Some women believe they will be sexier and more desirable with them, some would not even consider having them. They are afraid of being mistreated or misinterpreted. 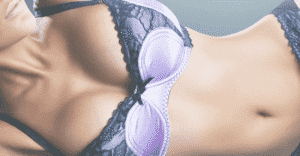 However, the opinion of the male audience makes me wonder more. So I decided to do a little research online to find out how men look at this question. Here are some of the opinions I found:

“Any man who’s ever been that close to a woman knows that small boobies feel like boobies, and fake boobs feel like volleyballs.”

“What’s the point of making yourself look like some human blow-up doll? I just don’t get it. Then again I don’t get things like fake tans, either.”

Some even goes to this extend: “I despise fake breasts to the point of thinking they should be illegal…Women who get them are wacky. They have a higher suicide rate….They’ve made stripping into an unintentionally comic sci-fi farce, when it was once something actually sexy….In the way Auto-Tune changed who we consider good singers, fake breasts changed men’s ideas about what actually looks good. Now what’s fake is beating what’s real, which is a low point for humans.”

Preston (24), however has a different opinion: “The problem with real ones is that over the years they sag—like the world’s slowest frown. Yes, that’s the “natural” look, but nature isn’t always pretty. I don’t care how fake they look—they could be as artificial-looking as torpedo tips—but I want them to be facing me rather than staring sullenly at the ground.”***

Me being all natural, I guess I am a “natural breasts pro”. I do not think that they look or feel right. Not to mention the risk factors of getting infection or developing any sort of health problem. Nevertheless, according to sources on wikipedia.com there is no significant or proven evidence, that the modern implants should be detrimental to health or pregnancy. So at the end of the day, it is really a matter of taste. It is really difficult to categorically say weather men like more natural or artificial boobs. In my own experience, the majority prefers to have the real thing, even if it is not perfect.

***More opinions you can find on the following website:http://thoughtcatalog.com/lorenzo-jensen-iii/2015/08/29-men-describe-the-difference-between-real-and-fake-breasts/

Copyright © 2019 My Private Escort. All rights reserved.
Escort Service is provided for adult persons, everything that happens during our shared time is strictly based on the mutual agreement of the participants.